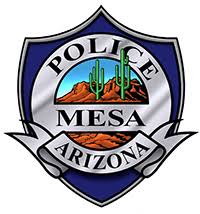 One of the main arguments that I keep hearing time and time again is, “as the city grows we need to increase sales tax to support our public safety”.  This statement has absolutely no logic. To make things simple, I’ll use the following analogy. You have a population of 100  and they all purchase $1/day of goods. Your sales tax rate is 1.75%. This means $100/day is spent and $1.75 is collected by the city. If your population doubles and they continue to spend the same $1/day they are now spending $200/day cumulatively which gives the city double or $3.50 at your 1.75% sales tax rate as a city.  That is the way percentages work. As your population grows so does the city’s revenue, proportionately.

That being said the purpose of this article is to index the number of employees to 2002 and see if we have in fact hired more or less proportionate to population increase. Use of this data for any other purpose is flawed. I only hope to get a better idea if we’ve hired more or less public safety workers.

Here is a chart that shows the actual population growth in Mesa and the amount of sales tax collected. You can see that these are positively correlated. So when someone tells you that you need to increase your tax as a percentage of revenue it means the money is not being spent as efficiently.

Are police and fire low on full-time employees?

I want to dive into this issue further and take a look at the number of city employees categorically per Mesa resident. This will help us determine which departments are high/low on employees. 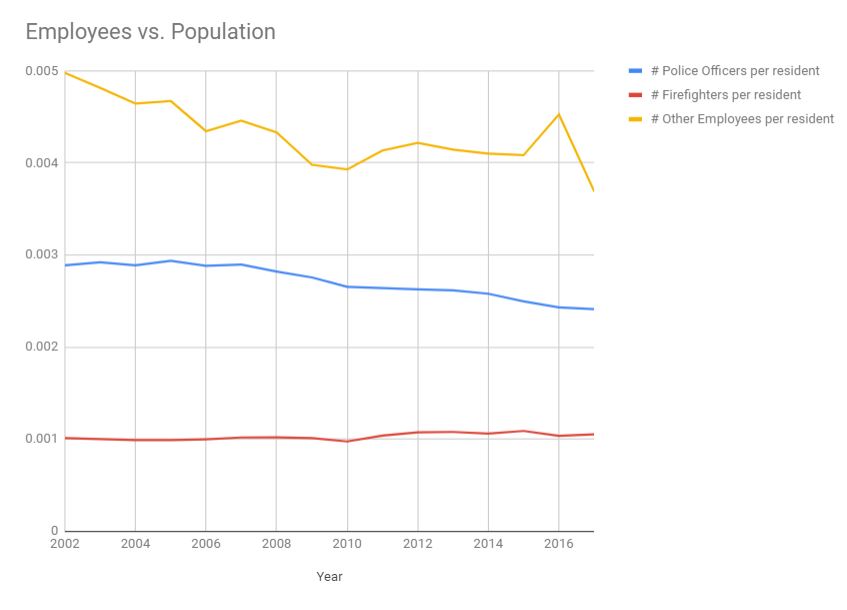 As you can see from the above chart city employees who are not public safety have decreased significantly per resident since 2002. Police officers have also decreased per resident, albeit not at the same pace. The number of firefighters per resident has actually increased.

The next thing I’m going to do is index back to 2002 to see how much, as a percentage, employees have increased or decreased per resident. The below chart shows this information.

Assuming 2002 was a good index point for the correct number of police officers based on population one can conclude that the city currently needs to hire around 234 more police officers. Using this index it would also suggest that we have 21 more firefighters than are necessary. The rest of the city should be running on 2,454 employees when it has 1,819, or a current deficit of 635.